The basis of justice

What if the basis of justice were empathy and compassion?

Where is humanity when we apply punishment and repression?

Where have we failed as a society when we don't stop the circle of traumatized people traumatizing other people?

How different would the world be if what's invested in repression, punishiment and military was invested in educating in values ...

It is worth watching the video:

Step Inside the Circle 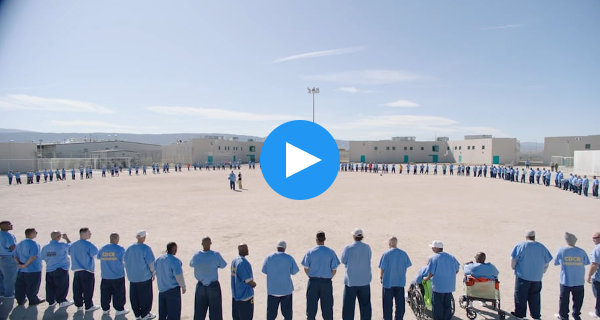 Call to print in 3D protective material for healthcare workers

The Local and Alternative Development Association (ADeLA), from its project Incredible Sustainable, called on March 18 to anyone with a 3D printer in Tarragona area to print  healthcare workers protective screens which were promoted from coronavirusmakers movement.

ADeLA Association is based in Valls and has twenty years of experience in environmental and social volunteering, workcamps for peace, group dynamics and volunteer mentoring. ADeLA / Incredible Sustainable, assumed the initial task of creating the organizational and coordination structures, giving support and supported  the creation of a local maker collective self-managed by its participants in a assembleary and cooperative way. This call initially starts with the hashtag # 3DActivistesTGN to give local visibility, and in the process of consolidating it as a collective, it is named 3dActivistes.

One week after the call, the group is consolidated and autonomous, with 5 work teams of between 3 and 5 people and a coordinating group of the teams where the most involved or most experienced people in each group are.

The accompaniment and mentoring ends ten days later when the group already has an participative horizontal structure and dynamics, both in its operation and in its decision-making, which are made by the coordinating group seeking consensus with all members. of the collective.

3DActivistes participates , coordinates and cooperates with the coronavirus makers movement in Catalonia for printing protective screens,  while also launching three more of its own projects that are in the RiD phase.

the hypocrisy that arises from the coronavirus

(automatically translated, soon we will review it)

That urgent actions are taken for coronavirus and for the destruction of the planet we just receive  excuses that is impossible to solve and measures are postponed on and on, says a lot about the hypocrisy in which we live.

It's like when it was said that there was no money to eradicate hunger, and one day, hundred times more money comes out of nowhere to rescue banks.

It is possible to make profound and urgent changes, but it is postponed to make them again and again. We postpone it for the ones who will come, while destroying the planet. We postpone saying that we must educate children so that they are aware when adults are not and do not intend to be. We do not want to give up comfort despite knowing that this is destroying the planet for those who will come.

I am clear what to do and on which side I am: on the side of life, the planet and those who want to preserve the biosphere. And you, do you have a clear idea which side are you in?