Can Pipirimosca is a place where, in addition to living sustainably and promoting it, it is offered to organizations and activities are organized to promote education in values ​​and respect for the planet and the beings we inhabit. The project started in 2002 and in 2004 was constituted as an Association for Local and Alternative Development (ADeLA). The farmhouse where the activities take place is a family farm where Pere Vidal acts as a farmer and is given a non-profit social use. 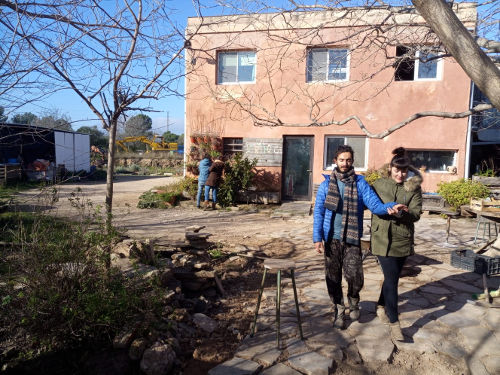 Ecology meetings, workshops or retreats are often organized, or other organizations hold meetings or workshops, both internal and open. Every summer since 2001, there is an international field of work co-organized with Servei Civil Internacional de of Catalunya (SCI-Cat). Meetings were also held to stimulate movements and launch projects in the area. Projects like the Bank of then the Almaixera or the responsible consumer group La Pera have come out of meetings that have been organized and which are still being supported.

Also in Can Pipirimosca and the AdeLA Association, digital support is provided by hosting and managing the social networks of some movements (Catalan barn network (graners.cat), ...) or initiating projects (larecicleriadigital.org, cuinarebel. cat, increiblesostenible.org, ...).

Reusing, repairing and combating scheduled adolescence is also a goal of the project, giving a second life to things that are thrown away. Also researching how to make them last longer with 3D and CNC printing. A reused object has a double positive impact: less waste, less resource that is not exploited to replace what was thrown away. 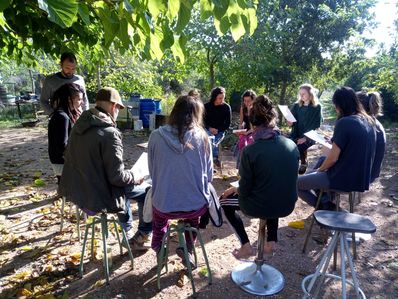 Since February 2017, in addition to the work of permaculture in the farmhouse and environmental education that we have been doing for many years, we began to take actions in the city, starting a process of cities in transition: facebook. com / vallsentransicio

In this process, we take an active part in the activities being done, putting in time and material resources. In the three years that we have been able to consolidate monthly activities (sustainable cooking workshops (rebel cuisine), gift market (Ric-Rac)) and also activities cycles (visits to local producers («from the library to the vegetable garden). "), Workshops on reuse and reduction of waste (" 5 eRres "), energy empowerment, ...) in addition to an urban vegetable garden (Community Garden of the 4 cantons) and in project a HUEP (Urban Garden of Entities of the Village) ...

This past year, the focus of the project is on deep ecology retreats to raise awareness through deeper, more emotional teamwork. It has also opted for volunteering for Scout groups and on occasion people interested in project and environmental activism.